Role
Vice Team Lead and Dev Team Lead
Team
10-person team
Description
Nebula is a planet creation game where players create a terrestrial or gas giant planet. For terrestrial planets, players can paint biomes, place terrain features, and customize their atmosphere. On gas giants, players can customize the color and size of bands and rings on the planet. Once a player finishes, scientific facts are given based on the makeup of their creation. The initial development of Nebula was for the FUSE 2019 showcase put on by the Bradley Interactive Media Department, a one-day exhibition at the Peoria Riverfront Museum of student-created work, attended by over 1500 people. Its development has continued as it transitions to becoming a permanent museum exhibit at the Peoria Riverfront Museum.
Responsibilities
As the Dev Team Lead on Nebula, I designed, prototyped, and polished the core gameplay mechanics of both the terrestrial and gas giant planets using Unity and C#. Also, I created custom analytics tracking for user testing and refactored the core gameplay for terrestrial planets to integrate improved shaders and 3D models. Being Dev Team Lead, I worked closely with two other programmers delegating tasks and managing implementation while maintaining the project on GitHub.
As Vice Team Lead, I assisted in managing a 10-person team using Google Drive and Discord. During weekly meetings, I demonstrated milestone progress and provided estimates for milestone goals.
Software & Code
Nebula used the Unity game engine along with C# scripting for development. The core gameplay utilizes the High Definition Render Pipeline and Shader Graph in Unity. For the project, we integrated 3rd party assets for blur UI and fluid dynamics.
GitHub Repository: https://github.com/NightAngel47/Nebula
Release
Nebula will be available at the Peoria Riverfront Museum as a permanent exhibit.
Media 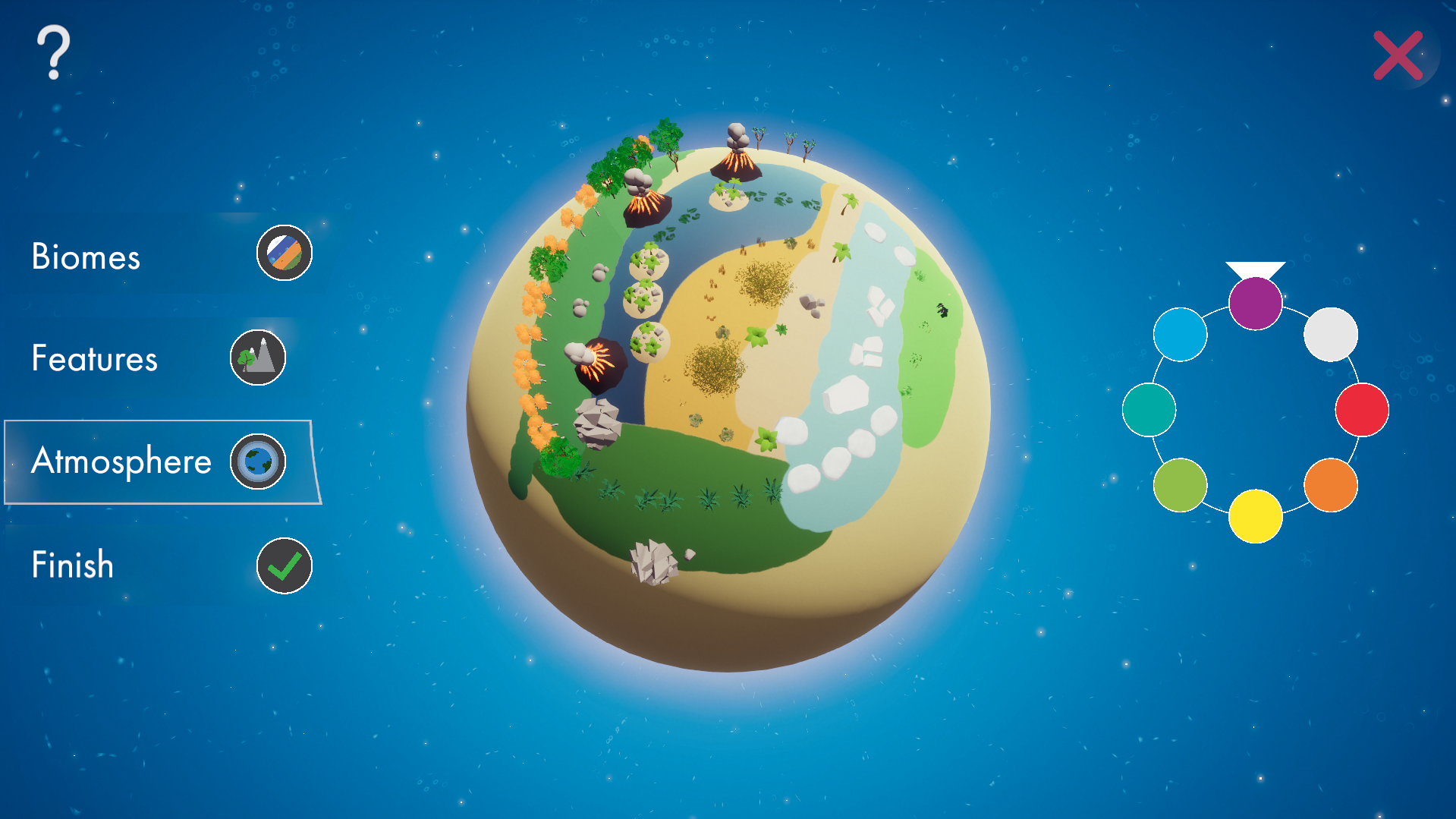 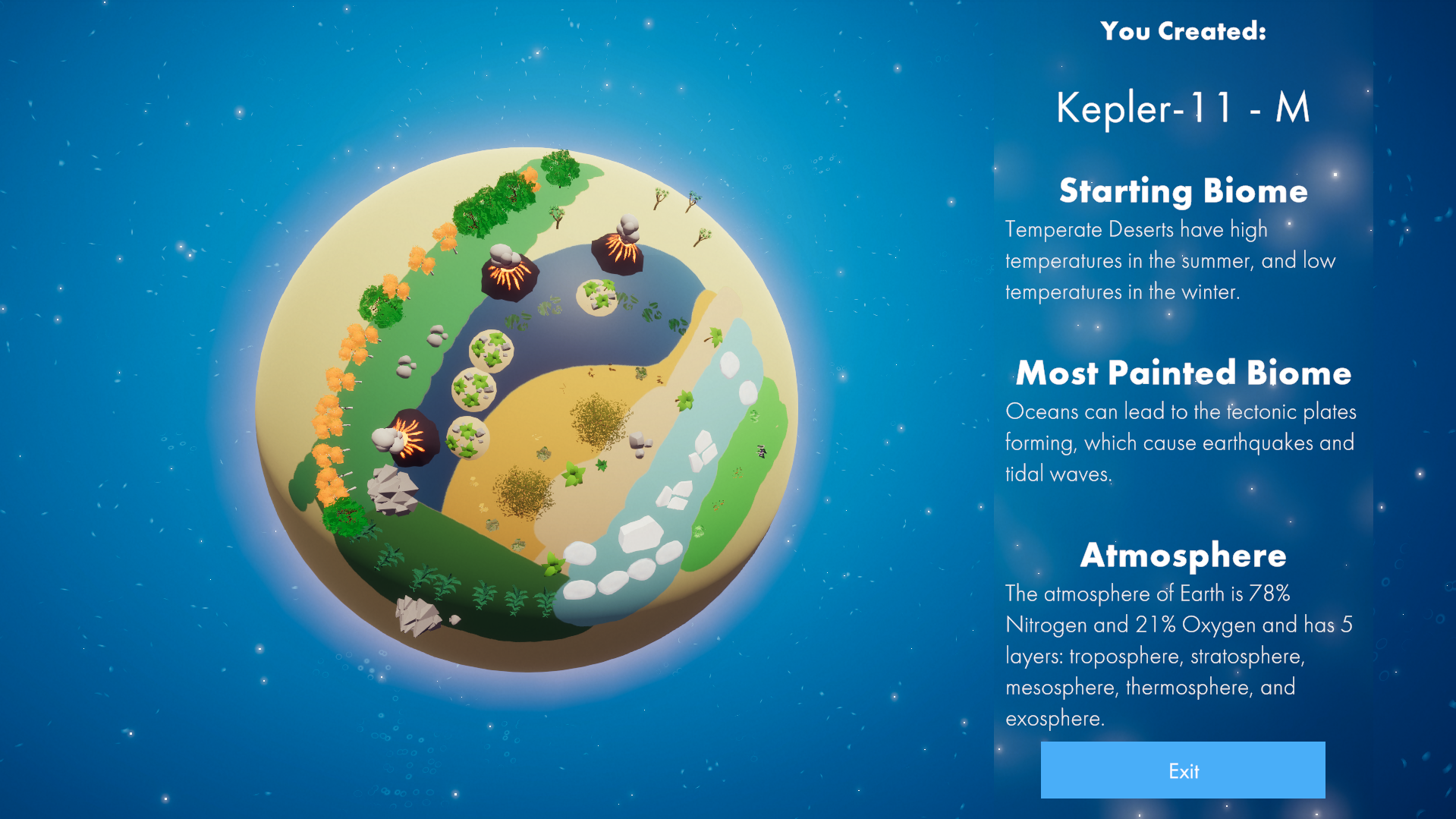 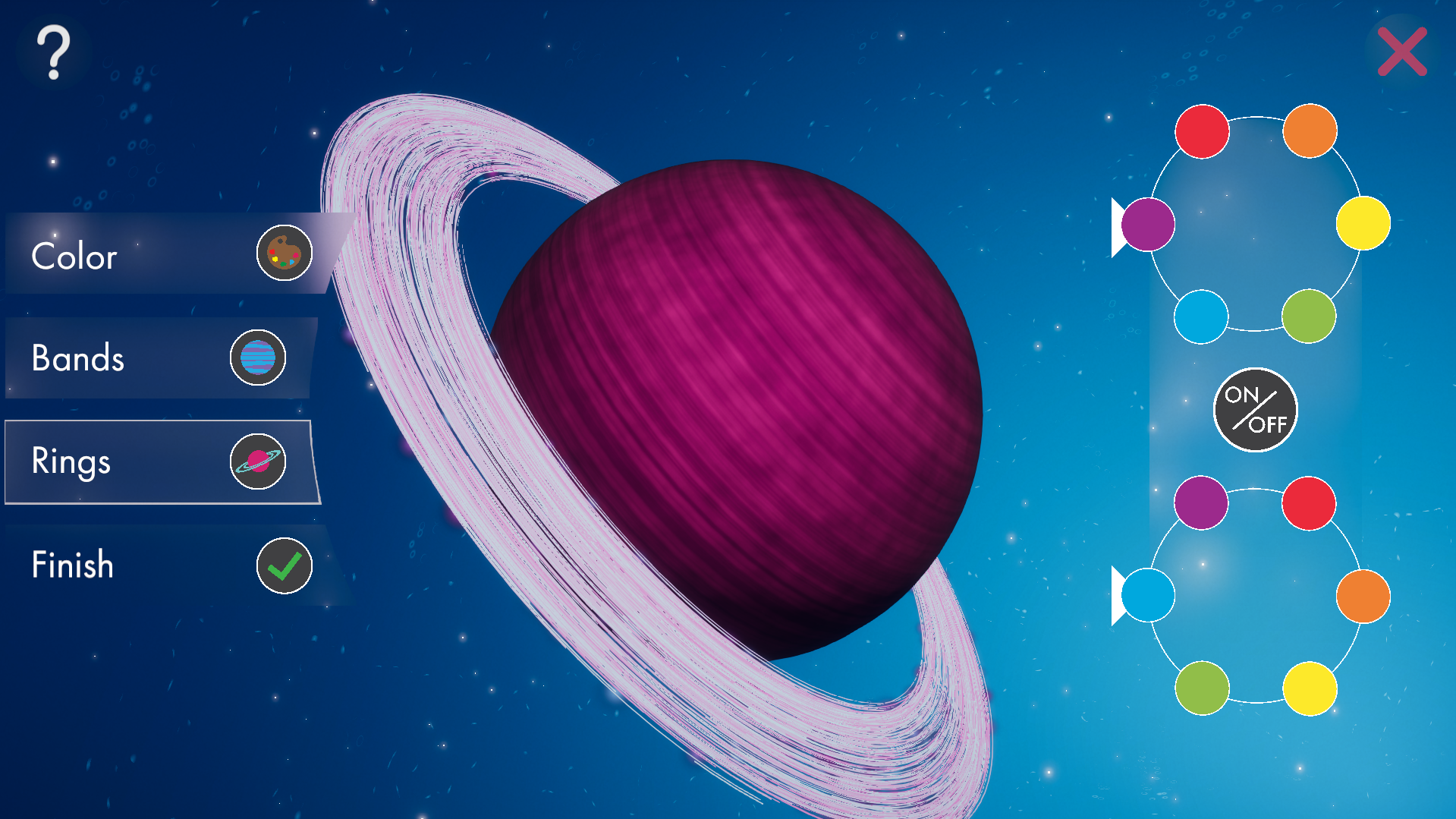 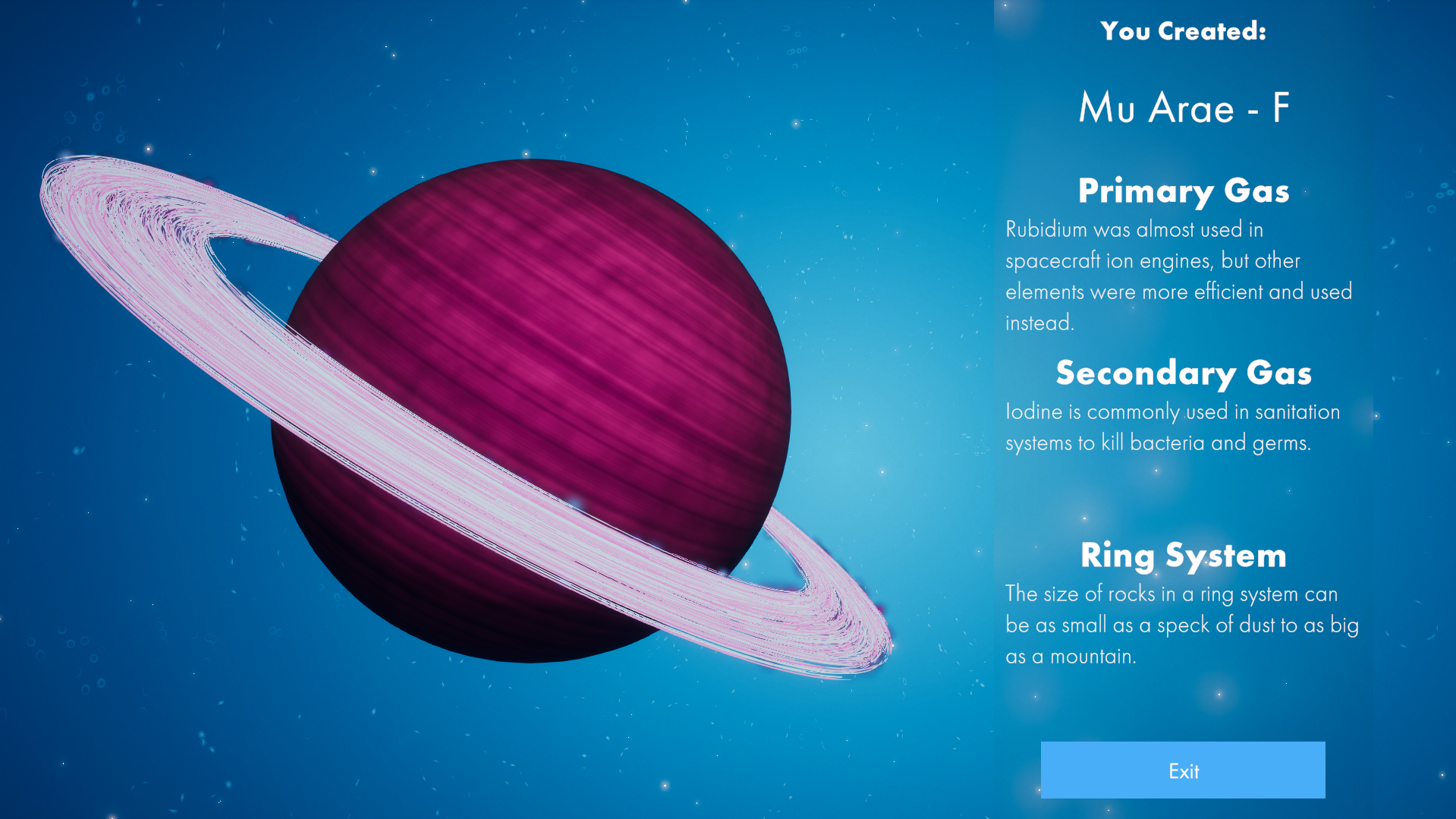 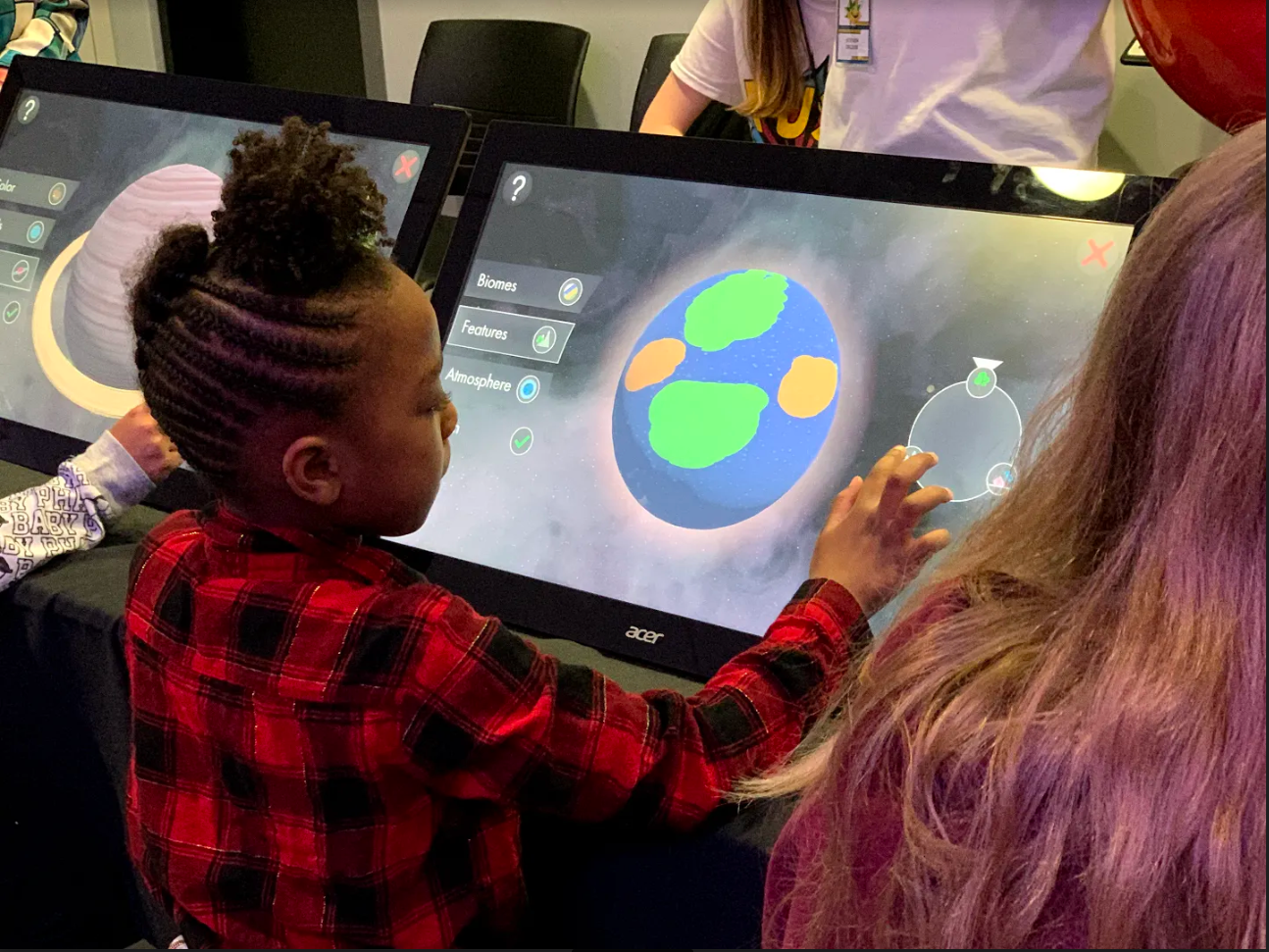 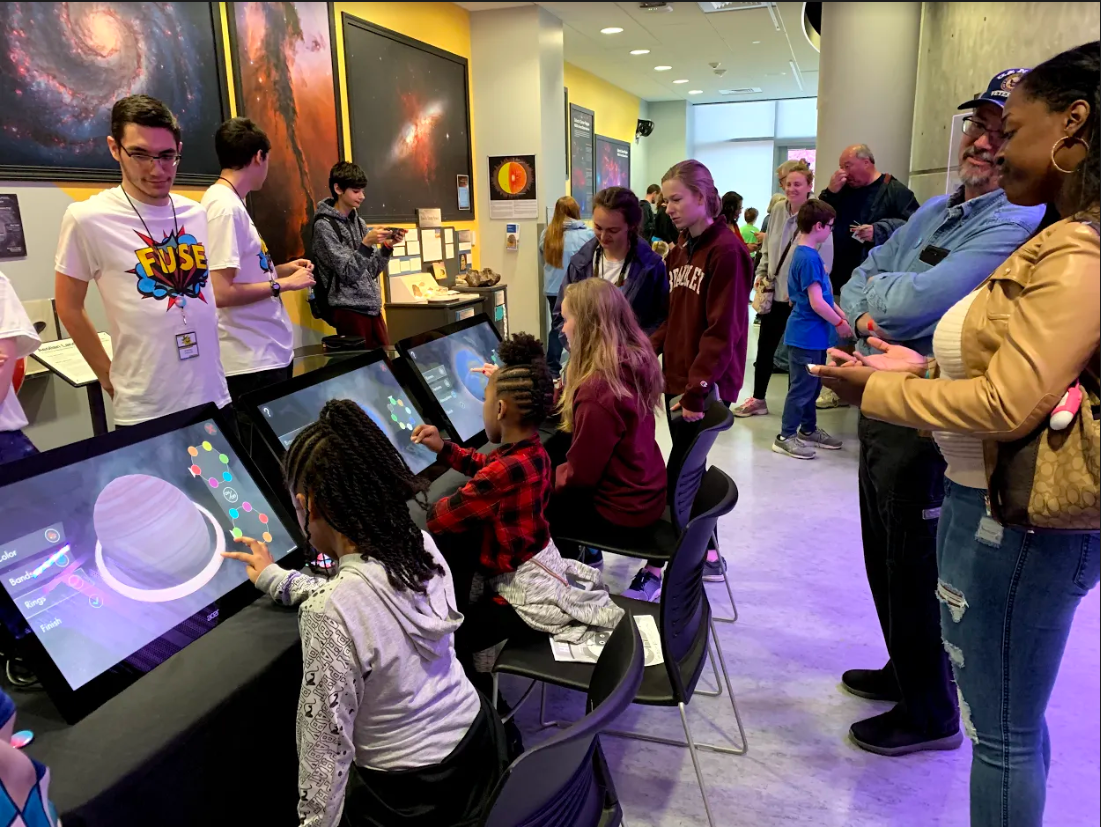 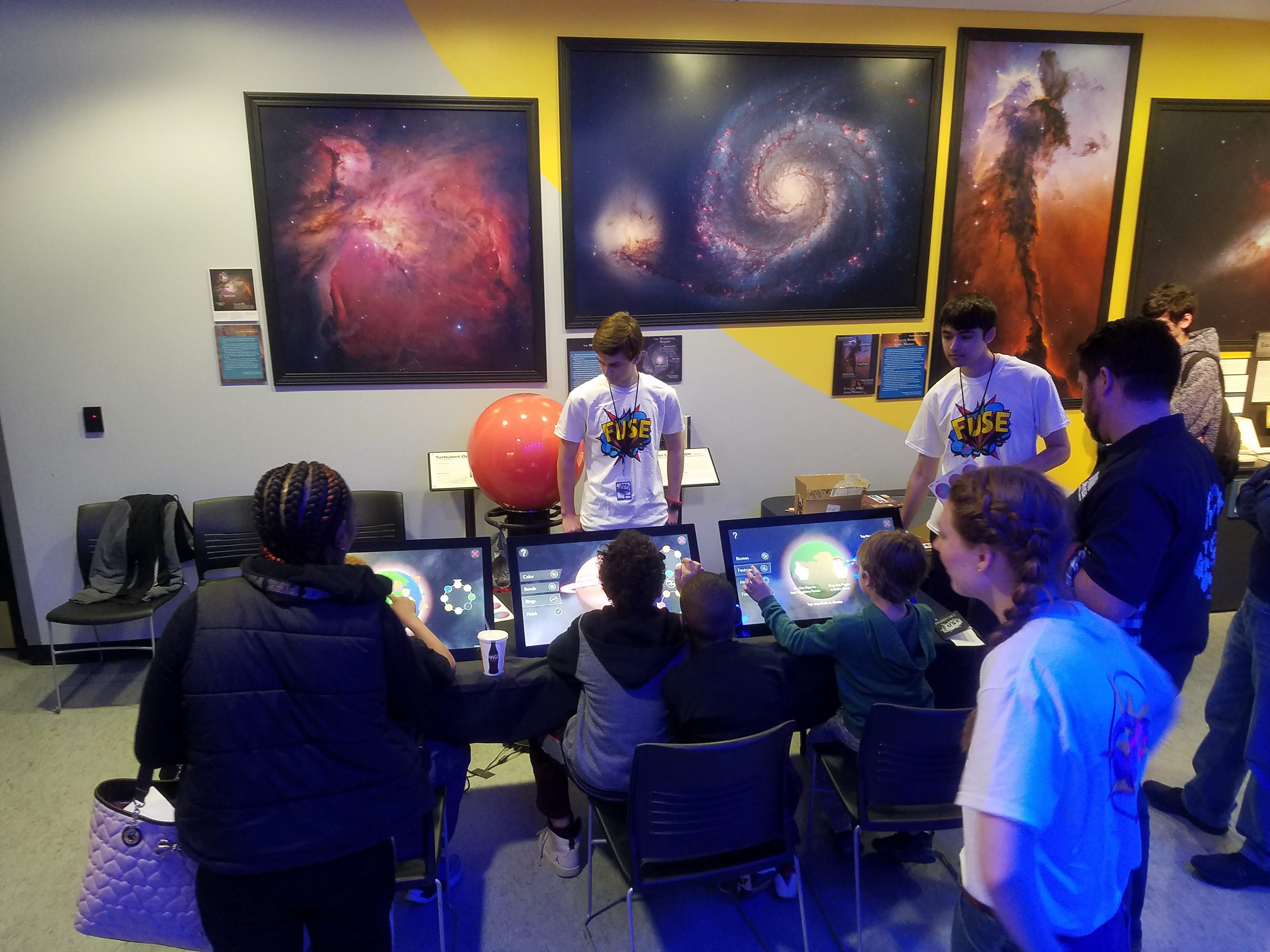 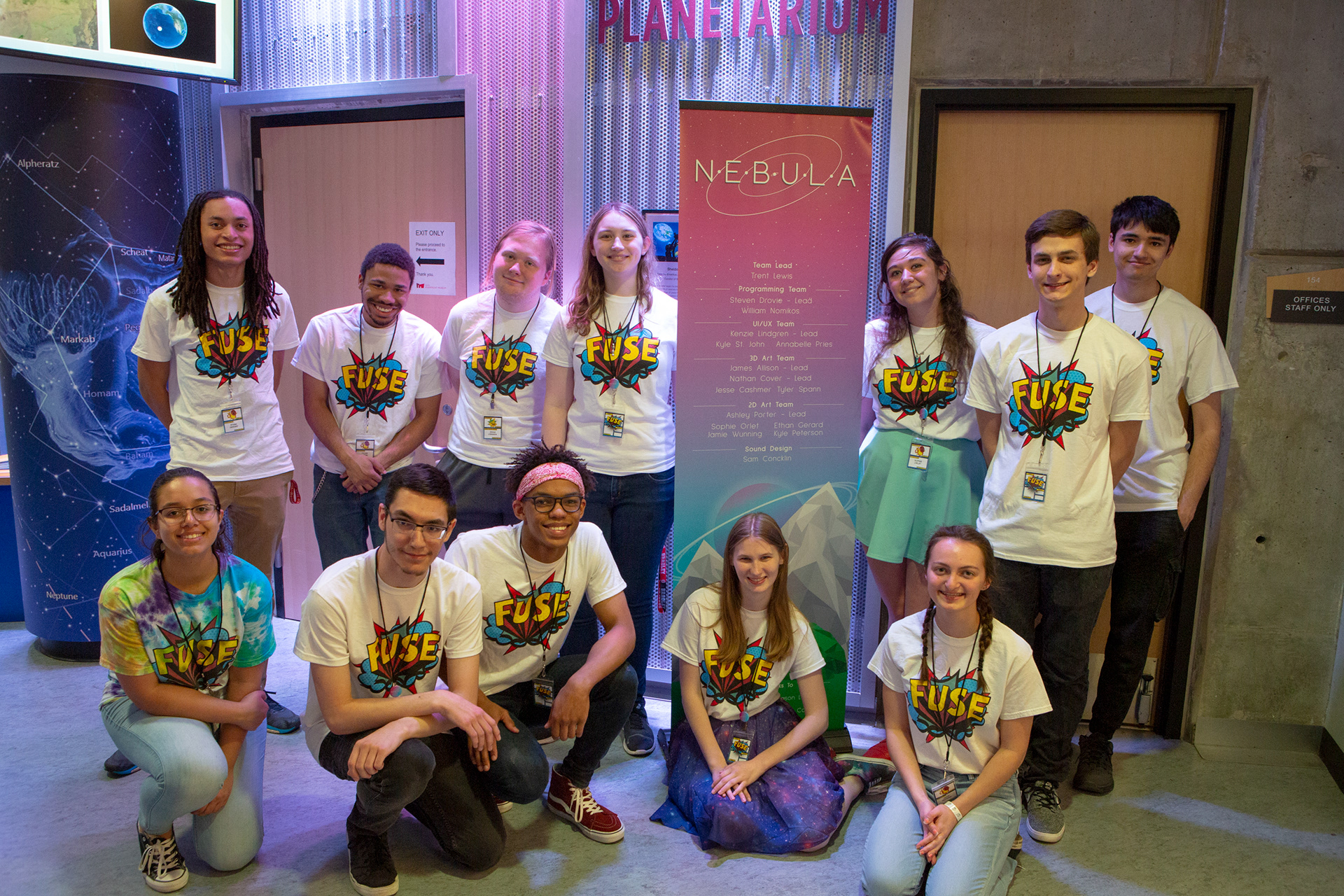 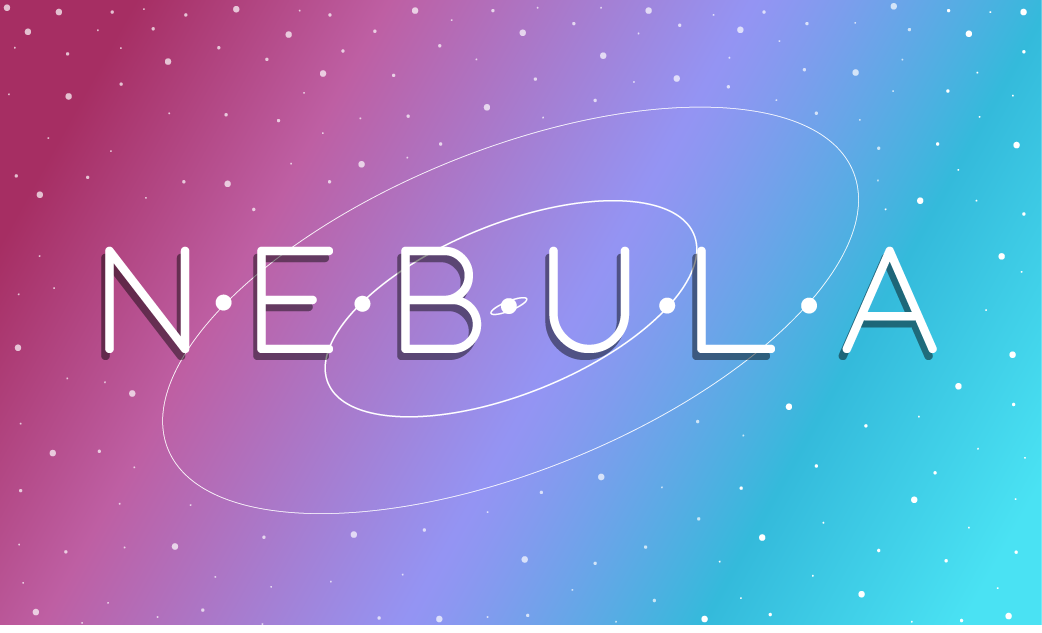 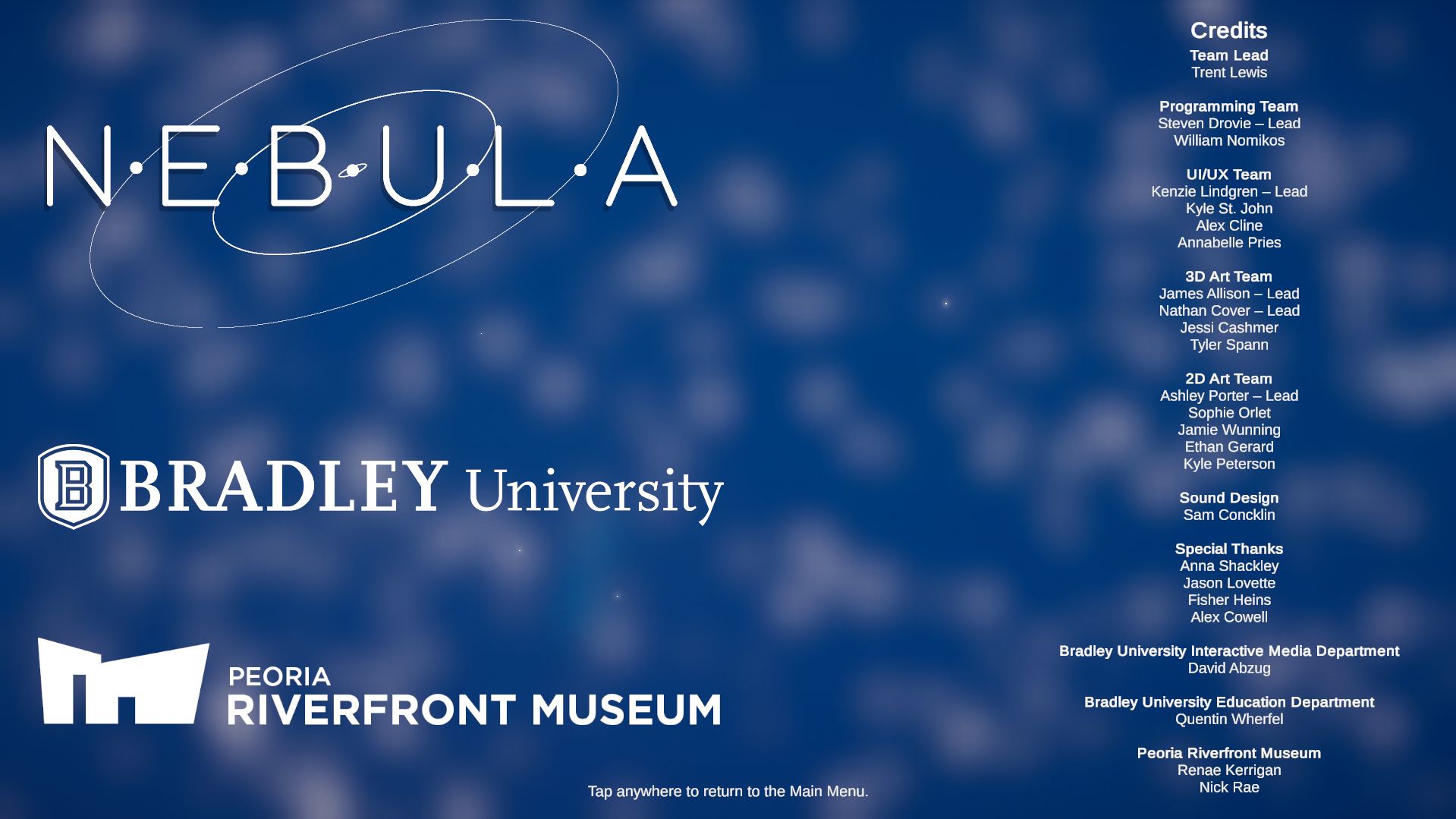 A Cog in the Cosmic Machine

Rebound
↑Back to Top